A Change to Super That Everyone With An SMSF Needs

On 1 July 2017, when many new changes to superannuation commenced, there have been some impacts on estate planning due to these changes. Most particularly with self-managed super funds (SMSFs), but this change will also effect large accumulation funds as well.

When someone gets to the age when they are able to take a pension from their superannuation, the substance of their superannuation changes from ‘accumulation’ to ‘pension’ (that’s the easiest way to explain it). The biggest change on 1 July 2017 was to limit the amount that someone can have in the ‘pension’ phase to $1.6m. 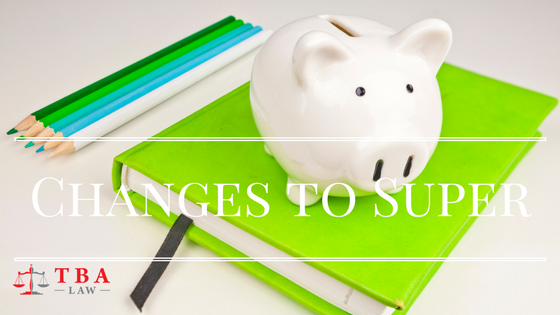 The major impact is that more money may come out of super at this point than was originally intended, so it will become part of the estate of the surviving spouse, and have to be invested elsewhere with tax consequences that were not originally foreseen.

This is a complex area. If you and your spouse have combined super of more than $1.6m, including insurance and death benefits that are in super, then you really need to review your estate plan.

Here’s a good video from the ATO on the basics around a SMSF, which touches on the importance of who controls the super after the death of the first spouse and making sure it gets paid to whom you want. But the video is still fairly simply, and doesn’t touch on the consequences of the changes to the pension cap amount:

Jacqui Brauman is a wills and estates specialist, and can help with the review of your estate plan.