Another homemade Will has just cost a family tens of thousands of dollars in Western Australia, with the family having to work out what the Will actually says in the Supreme Court.

The will-maker must have thought they were very smart, but the language used in Wills has been developed over hundreds of years, for a reason. There are phrases that create trusts, and gifts, and duties and instructions that are in-built, not having to be spelt out.

This Will was a 14 page Will, without numbered paragraphs, but headings on each page dealing with different assets. Despite thinking he was thorough, the will-maker left out instructions as to what was to happen to the proceeds of the sale of many of the assets! He put time into giving instructions that he didn’t need to, about how assets were to be sold, and about opening special purpose bank accounts, but then failed to direct to whom they were to be left!

This case caused a flurry of comments from lawyers around the country on LinkedIn, and I was directed to a fantastic article written about a year ago by Darryl Browne. He succinctly confirms that Will-making is not like filling in a form, although Will-kits and online Wills try to fill this gap.

“Homemade Wills are a curse”

“All of this could have been avoided if the testator had consulted a lawyer and signed off on a Will which reflected his wishes. There is no question but that engaging the services of a properly qualified and experienced lawyer to draft a Will is money well spent” 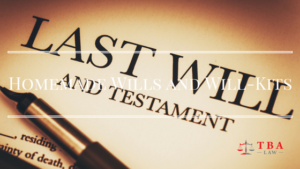 “The way [this Will-kit Will] has been drafted is difficult, and the parties have been put to the trouble and expense of coming to the court seeking directions as to its proper interpretation. If the Will had been drafted by a competent legal practitioner, this problem would not have arisen, and the parties would have been speared a great deal of trouble and expense”

The finest being about a ‘friend’ who helped prepare a Will: “The deceased either was offered, or sought, the assistance of an entirely unqualified person to prepare these three documents. That person would no doubt protest that she was just trying to help a friend. She was no help at all. A claim of good intentions is no defence. The fact is that unqualified people who intermeddle in the preparation of documents that have legal operation cause great harm. The defence for such officiousness is often one of trying to save the will-maker money. That is sterile. This deceased could have had several Wills professionally prepared for a fraction of the cost that has been imposed on her estate by this application. The legal system should not be blamed for that expense”

It will be interesting to see in the future whether friends who ‘intermeddle’ with the creation of Wills could actually be charged with providing legal advice without the proper qualification, or at the very least be legally liable for the cost the estate incurs in having to get a badly drafted Will interpreted by the Supreme Court.

We do offer an online Will service, for very simple situations, but we also offer a review service for an extra $185, so that you can have your draft professionally reviewed. The cost of the online Will and review costs less than a Will drafted by a professional. This small cost saving might make you sleep at night, but with the cost of a Will starting from only $350, it’s a very cheap solution to preventing your hard-earned assets disappearing in legal fees later.