Skip to content
How To Cut Someone Out of Your Will

How to Cut Someone Out of Your Will

I’ve had a few more people than usual who have asked how to cut one of their children out of their Will. My answer is: you can’t with absolute certainty.

In Australia, you have testamentary freedom, which is the freedom to make whatever Will you want. However, each State and Territory then puts some limitations on that freedom by giving certain people the ability to dispute a Will if they prove there was a moral obligation to them, and that they are in need of the inheritance. In Victoria, this group of people is currently very broad, and includes your children. In July 2015, the laws in Victoria are changing to narrow the range of people who can make a claim, but your children will still be in the category of those who can claim. 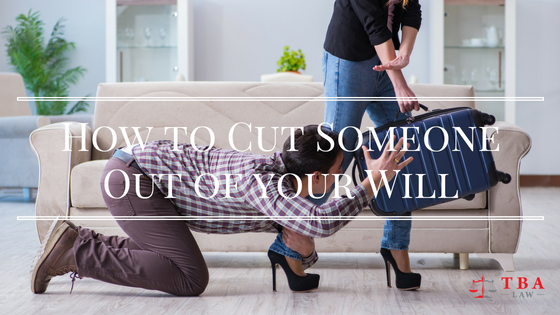 Whether their claim will be successful or not is another issue, and depends on a lot of circumstances, including their financial situation, the size of your estate, the nature of the relationships between you, their conduct, their health, and much more.

Then I’m often asked: what is the minimum I can give them to prevent them from claiming under the Will? My answer is: there is no minimum. You cannot give someone a small amount of cash on condition that they don’t claim against the Will. This works in some States in the USA, which is why people have heard of it, from watching TV. But that’s not the law in Australia. If you leave a legacy to a child, and they don’t think it’s enough, they can claim against your Will.

So what solutions do I suggest?

The first is to cut them out, and give reasons in your Will. This won’t necessarily prevent a claim, but it shows that you have thought about it and done it deliberately, for what you believe are good reasons. To back this up, I then suggest leaving detailed notes for your executor.

If a claim is made against your Will, the reason why so many are successful, is that the will-maker cannot defend their decision. They cannot give their evidence, so it ends up being the child’s evidence against the executors (and the executor often doesn’t have details). So, to help your executor win against a Will claim, you need to leave as much evidence behind that your executor can use. Write as much information down as you can, and let your executor use it in Court if they have to, otherwise it can remain confidential if no claim is made.

The other solution I suggest is that you can give as much away whilst you’re alive as possible. If you don’t own it when you die, then it doesn’t form part of your estate. In Victoria, there are no claw back provisions, like there are in New South Wales. So, you’re safe to get rid of your assets. You can do this by creating joint accounts with the children you want to inherit from you, or by transferring real estate into joint names. There are stamp duty consequences of doing this, but to spend some money upfront to protect the inheritance for the children you want it to go to is often worth it. A family trust could also be used.