Skip to content
I received a lump sum – will I get it back after separation?

I received a lump sum – will I get it back after separation?

After a relationship breaks down, one of the things to be taken into account in calculating how much of the matrimonial asset pool each party is entitled to is the â€œdirect financial contributionsâ€ made by each of the parties throughout the relationship. 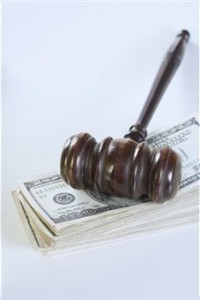 Finally, it will also depend on whether there are any sums of money that are likely to be shortly received. For instance, if the other party has been injured and is involved in a personal injury law suit, or has had a wealthy parent recently die, then you would want to quantify the amount (if quantifiable) that they are likely to shortly receive. This amount, or a part of this amount, could be â€˜notionallyâ€™ or â€˜conceptuallyâ€™ added to the asset pool for distribution between the parties.

If you have any questions about your entitlements following the breakdown of a relationship, do not hesitate to contact TBA LawÂ for assistance.

Contact us to arrange a chat. It doesnâ€™t hurt to ask.