Skip to content
Nominating a Beneficiary for your Superannuation

Nominating a Beneficiary for your Superannuation

Superannuation is often one of biggest assets, particular when the life insurance component is taken into account.

Yet, the superannuation companies don’t make it clear enough about how to ensure that those funds go to the right people if something happens to us. 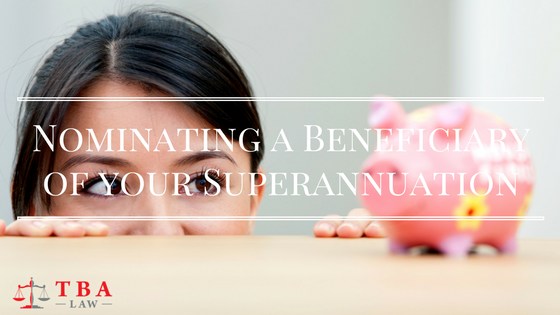 The other thing that so many superannuation funds don’t tell us is who we can nominate on our form. There are only limited categories of people who can be paid superannuation directly:

If someone doesn’t have a spouse or children, they cannot nominate their parents or their siblings – this would be an invalid nomination, and the super fund could make their own decision.

Other than the three categories listed above, the super can be directed into the estate of a person. So anyone who doesn’t have a spouse or children should nominate their ‘legal personal representative’ or ‘estate’. This means that your superannuation will be paid to your executor to distribute in accordance with your Will.