It’s very important to be prepared; knowing what to do if you wish to relocate, and how best to manage a relocation after it has happened.

Family law is a federal law, so it’s not different State by State.

Family law is governed by the Family Law Act, which is Commonwealth legislation. And the court that does most of the enforcing and work in family law is the Federal Circuit and Family Court of Australia.

The only State that’s a little bit different, is Western Australia, but it still falls under the one legislation. 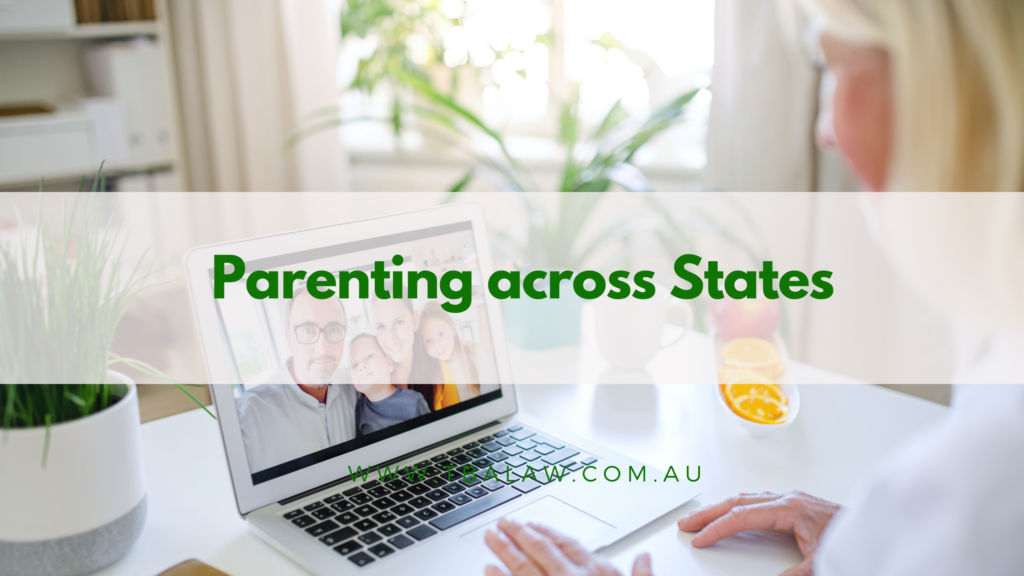 The first question is, can I relocate with my child? If there’s no parenting order in place, on a very technical basis, no there’s nothing stopping you from relocating with your child interstate.

Having said that you’re setting yourself up for some very tricky circumstances, particularly if the other parent does not consent.

Obviously moving interstate is going to have a rather dramatic impact on the other parent’s ability to spend substantial and significant time with the child.

Therefore if you move without permission, you’re potentially up for a lot of headaches.

We always recommend speaking to your former partner first, before any relocation to ensure that they consent to the move, or seeing if you can work something out directly between you.

If you relocate without notice or consent, the other parent could file for a Recovery order in the Federal Circuit and Family Court of Australia.

A Recovery order is an urgent application and functions much like a positive injunction, in that it forces you to bring the child back.

We have seen many of these afoot and therefore it can be quite a negative thing to see before a Court or judge, to see you take a child without the other person’s consent.

If there is already a Parenting Order in place, again, you still need consent of the other party, unless the order specifically provides to allow you to relocate.

In the event that you and your ex-partner cannot reach consent, you may need to apply to the Court to be given permission to relocate. The first step is to do Family Dispute Resolution, which is a precursor to court. It’s a very cheap, cost effective process that may allow you to work out your issues and see if you can come to some sort of agreement.

The Courts do not take kindly to parents when they act unilaterally and without the consent of the other party. So therefore it’s important to follow the right processes. Having said that, it can be a long process. So if you are thinking of relocating, it’s not something you can do overnight.

It’s not something you can do even in a couple of months.

In terms of what the court looks for when parties want to relocate. As with all family law issues, the paramount interest is what is in the best interest of the child. So that will be what the court considers most. So that’s why some parents might face an uphill battle because the kids might be settled into school, they’re spending equal time with their parents. They are doing well in school, they’ve got friends, they play sport. They’re very settled in their community and therefore it’d be very disruptive for them to relocate with another parent. If for whatever reason, another consideration is also, like I said, the equal and substantial time with either parent, obviously relocating, particularly interstate has the potential to have a very negative impact on the other parent’s time with the child. So you need to show the court how you’re going to facilitate time between the other parent and the child if you are the one who’s relocating and how those costs are going to be worn.

If you are in the opposite shoe and you are the one who suddenly finds their child gone into state, you can file for a relocation order, like we discussed. With a relocation order, there like I said, urgent in nature. And you need to show the court why it was unfair for that other parent to take the child without your consent or without your knowledge and why it is not in the child’s best interest. A recovery order is often a precursor for an application for relocation by the other party. So you end up with two cross applications, with one parent trying to relocate and one trying to keep the child in the same state. It’s also very important to note that even if you’re in different states, the parties still have shared parental responsibility unless the court orders otherwise.

And what that means is both parties have the responsibility for making those large decisions for their kids. For example, medical treatment, every day care of the child, where the child goes to school, big life decisions. You still have the power of the everyday sort of little decisions, whether the child rides a bus to school, or walks, or whatever. But those bigger ones are something that still needs to be consulted with the other parent regardless of distance, unless the court orders otherwise.

In terms of, if you are relocating, there’s some really important things to consider in terms of making sure it is in the best interest of the child and it works for all parties. A big one of those is communication with the other parent. So you might put forward a proposal that for example, the one parent was staying here in Victoria and another was moving up to Queensland. There might be a proposal that the child spend three weeks over the summer school holidays with the other parent, half of all other school holidays. And there’d be FaceTime communication multiple times a week. However, if the children are young in age, obviously it becomes even more difficult again. And in those circumstances, the court might be hesitant to separate a young child or not force a relocation because of an attachment to an existing parent.

Another good thing to consider is as well, visits can be expensive when you relocate, particularly if they’re not covered by Child Support, unless there’s a special assessment in place. Planes can be expensive. We have had many lockdowns which have caused issues with interstate parents as well. So figuring out how exactly those visits going to be paid for and facilitated, particularly when a child can’t fly unaccompanied, is a really important thing to consider. Final thing to consider is a parent’s job or income earning prospects. So there have been cases in the Federal Circuit Court where one party was actually allowed to relocate further away and impact the other parent’s time negatively because to stay in that area would have an adverse impact on her financial stability because she could not find a job in that area. So, that was one instance where a relocation was allowed.

But relocations are definitely very tricky. They’re very emotional and depending on the age of the child can be incredibly complex. So we highly recommend if you’re considering relocating, it’s something that you look at early, it’s something that you speak to the other parent about, and you definitely get legal advice on it. If the matter does proceed to court, it’s not often a pleasant experience or something that can be resolved easily. So it is imperative that parties get that legal advice. And most importantly, not relocate without a court order or the consent of the other party, otherwise you’ll be really ending up in hot water.

I hope that has helped some parties who may be considering relocation and parenting across states. If there are any questions, you’re more than welcome to contact our office to make an appointment with either myself or Deborah Akers who is our other family law solicitor, and it’s issues that we can discuss.