Skip to content
Preparing to retire and get an age pension

Preparing to retire and get an age pension

This is about getting a Centrelink Aged Pension, not converting your super from accumulation mode to pension mode.

If you’re applying for an age pension from Centrelink, either to top-up to your superannuation pension or as your primary source of income, you need to be aware of a few things:

You need to be conscious of the asset test; up to a certain amount you can get the full pension, or there’s a fairly generous window to get a part pension.

For a lot of people, a part pension is the main thing that you need, to be able to qualify for the pension card, which gives you lots of concessions. 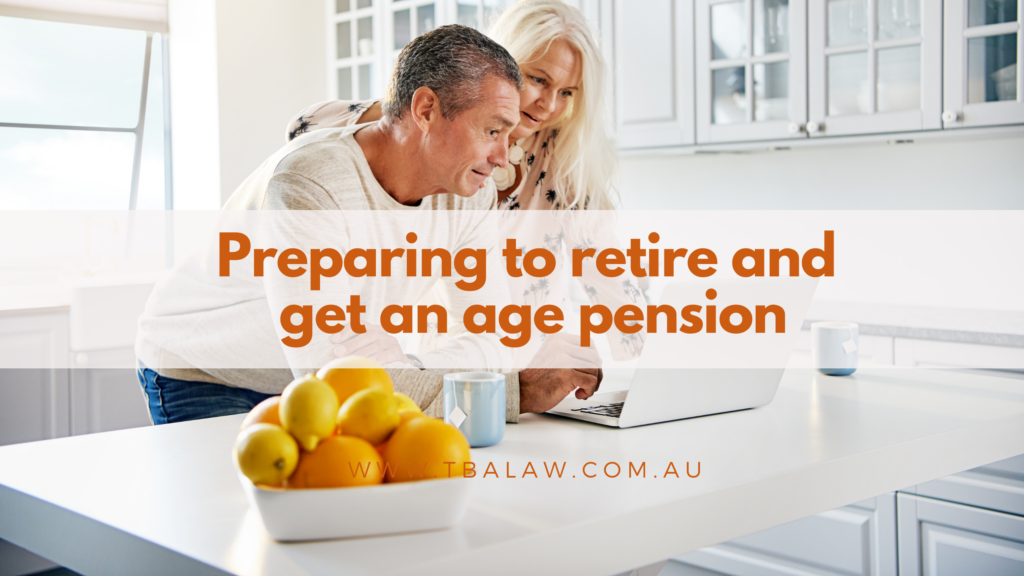 The third is the gifting rule. What some people are conscious of when they’re coming up to retirement age is to start offloading some assets so that they are under that asset test. Now, if someone is offloading assets, they need to do it at least five years in advance. And even then, it’s not a guarantee that Centrelink won’t look back further and say, “Well, you’ve done this just to make sure you get the pension.”

The five-year rule is the “gifting rule” that Centrelink has. Centrelink deems you to have kept an asset, even if you’ve offloaded it, for a period of five years. The reason they do that is that they want to make sure people do it for the right reason. And don’t just offload assets within six months to 12 months before coming up to qualifying for pension age.

This is particularly relevant for people on farms. When a farmer is coming up to pension age, planning ahead to restructure the ownership around the farm, (moving farmland into farming trusts rather than keep that in their own name) is a legitimate succession planning process.

The other thing that some may do to qualify for a pension, or to make sure they don’t lose the pension is, if they can’t live at home anymore and they have to sell their big house, which hasn’t been counted so far for the pension, the sale proceeds would be counted. That would push someone over the asset test of being able to get the pension. What some people can do is have a “granny flat arrangement” with one of their children.

Centrelink recognizes that an elderly person may pay a child to secure their accommodation and care for them for the rest of their life. And so offloading some money to a child to do those renovations, to add a bungalow, to do an extension is a legitimate expense that will reduce the assets of the person so that they may still qualify for a part pension even after the sale of their main residence.

Hence watch out for that gifting rule of five years – it’s an important one to remember when dealing with Centrelink and qualifying a pension.

WATCH this video to learn more.