As most would know, the requirements on the landlord to maintain a premises depends on whether the premises is a residential premises, a retail premises under the Retail Leases Act, or a commercial premises.

Landlords bear all the obligations under a residential lease to keep the premises maintained. If they donâ€™t, there are ways to enforce repair through Consumer Affairs and VCAT.

With retail premises, the understanding of how the law applies has recently changed. The landlord is responsible for structural maintenance, maintaining the landlordâ€™s fixtures, and maintaining the services to the premises.
The law used to be interpreted such that the landlord needed to maintain the premises in the same condition as it was in at the start of the lease, and every time the lease was renewed the date restarted, and the landlord only had to maintain the premises from the start of the new term. However this has recently changed since a new case in Victoria was just decided in the Supreme Court. The premises now needs to be maintained by the landlord in the same condition as at the original start date of the lease. 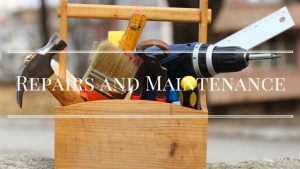 So, landlords should make sure that they get a condition report at the beginning of the lease, or they will not be able to prove the condition of the premises at the beginning of the lease. Also, donâ€™t think your tenant will just have to stay in the building any more as you let it run down around them – it is not their responsibility to maintain, and if you refuse they can leave.