Skip to content
Will Disputes: New laws for family provision claims in Victoria

Will Disputes: New laws for family provision claims in Victoria

Previously, Victoria was one of the most flexible States in Australia for people making a claim against a Will. The eligible people weren’t specified, so it was anyone really who believed that the deceased person had an obligation to provide them with some maintenance. That could have been the neighbour, the carer, a distant relative or anyone with some substantial involvement in the deceased person’s life. 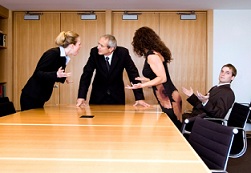 This broader range of people who could make a claim really was being taken advantage of. Because it was such a grey area, it was difficult to advise the executor of an estate about the merits of a claim, and for claimants anything was worth a try because they were likely to get something in a settlement (like a go-away payment). This may be a bit cynical of me, and lots of people in my profession will lose substantial parts of their business, but I do believe that some change was necessary.

Originally, the proposed legislation went too far the other way, and limited even children of a deceased person from being able to make a claim against a Will. But the legislation that was passed on 16 October 2014 in the Victorian parliament has probably reached a good middle ground.

So we finally have a list of eligible people who can make a claim against a Will, and the list excludes lots of people who might have otherwise claimed. This provides some more security for willmakers. This first tier of eligible people are basically spouses and children. If they are excluded from a Will, or inadequately provided for, then they can make a claim against a Will. This includes step-children and people who are treated like children, and also includes ex-spouses who still have a right to commence proceedings under the Family Law Act.

The second tier of eligible people also need to show that they were wholly or partly dependant on the deceased person for proper maintenance and support. These people include a grandchild, a registered carer, a spouse or partner of a child of the deceased, and a member of the deceased’s household. This list, and the requirement of dependence, is a dramatic limitation on the people who could previously claim against a Will, and those who were willing to give it a shot just to get a “go-away” payment.

The amendments come into effect on 1 July 2015, so it will be interesting to see how many people rush to make a claim against a Will before the changes come in, and also how many estates wait to file for probate until that time so as to limit claims!

This post is rather cynical of me, compared to usual, and is a limited summary of the changes, so please seek legal advice if you are an executor of a Will or a potential claimant.