Skip to content
Case study: A healthy separation is possible

Being a law firm known for giving people advice about how to sort out their own separation, to keep legal costs low, Sarah Coombs recently saw a man we will call Graeme who came to us for that exact guidance – he wanted a healthy separation.

Graeme and his wife Kelly had been married for 10 years, and had three children under 6 years.

Graeme’s business had grown significantly over the last 4 years, which had allowed Kelly received a generous wage from the business despite being a stay-at-home mum. 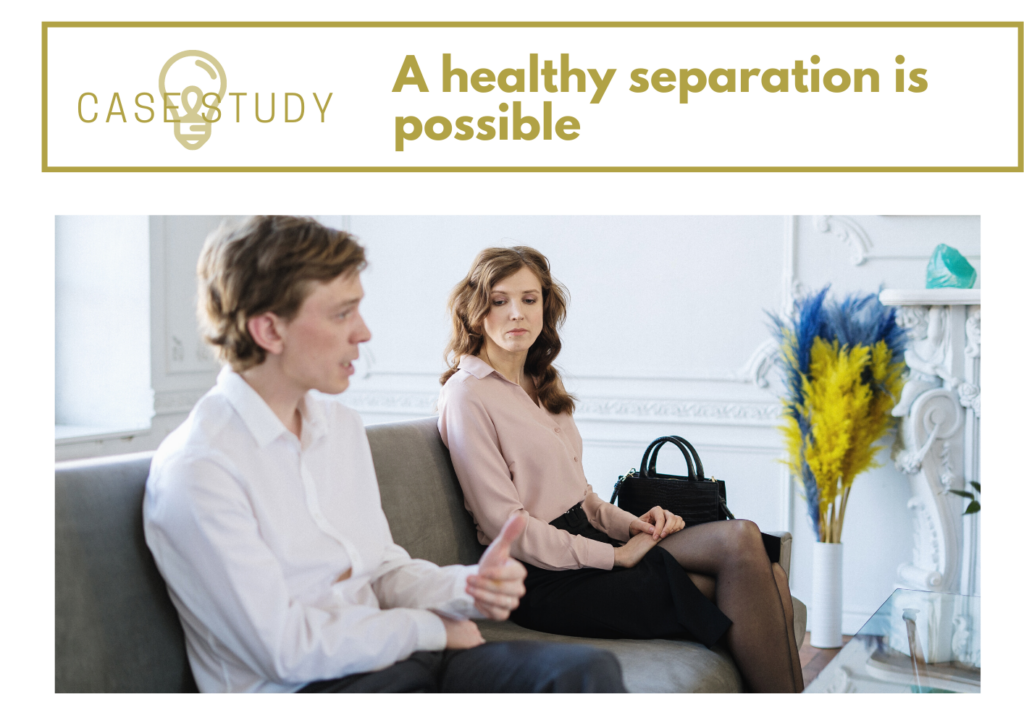 With Christmas approaching, and them wanting to put their children first, despite their pain and disappointment that their marriage was not working, they wanted to co-parent in the best way they could.

Sarah was able to give Graeme advice about how to write up their own Parenting Agreement. Or, how to utilise a Post-Separation Parenting course and Family Dispute Resolution mediation to negotiate an agreement if they couldn’t do it together. This would keep their legal fees down, and give them a flexible protocol for parenting their children moving forward.

For the separation of their financial affairs, Sarah was able to give a rough assessment of their combined property pool and confirmed that what Graeme had offered to Kelly would be considered fair.

Sarah was also able to give Graeme advice on a number of ways that they could settle their separation by agreement, and have it formalised so it was binding. This was without blowing the matter up and going to Court, and without costing thousands of dollars – achieving a healthy separation.