Skip to content
Case study: succession and the family farm

We have been helping an accountant and financial planner with a long project involving a succession plan for a large farming family. We have just been pulled in to help at certain stages, and to give advice and do documents where necessary.

Recently we were asked for advice because the son who most of the farm is being transferred to is now separating! 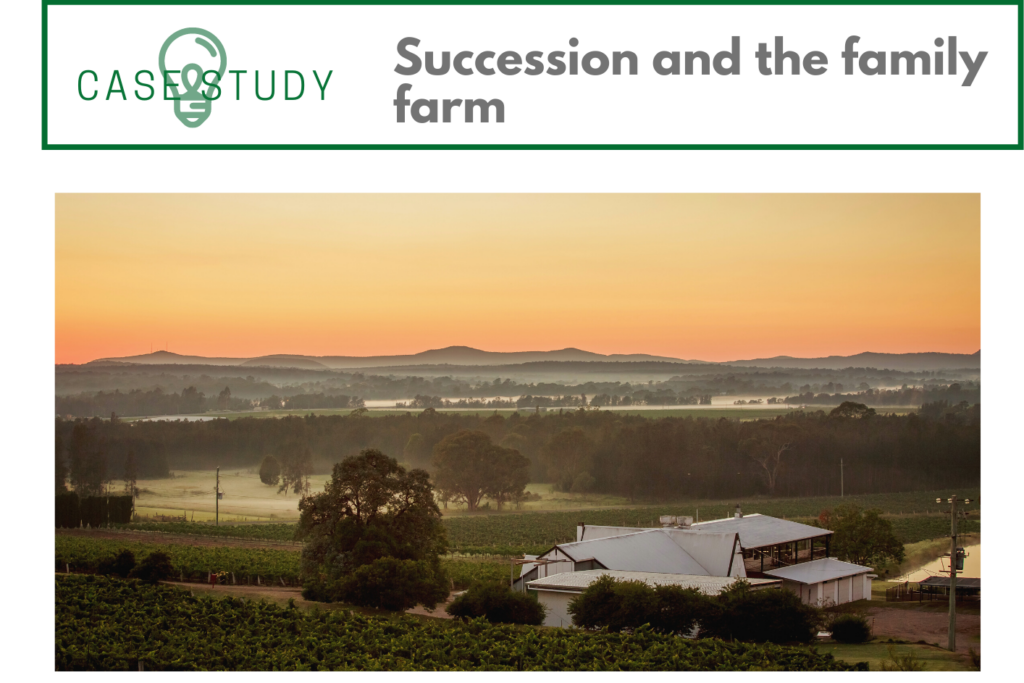 Colin and Mary are the parents, and they have large land holdings and beef cattle in southern NSW. They have five children. Their youngest son has stayed farming with them, has bought some land of his own, and has essentially taken over all the day-to-day business of the cattle. The other children are all married women, who are spread out around Australia, and only one has remaining close to the farm with her own farming husband. The son is Daniel, and the daughter who still farms nearby is Jessica.

Jessica has a fair bit of influence over Mary, and every time Colin, Mary and Daniel agree to the next step of their succession plan, Jessica gets involved. The whole plan involves making sure all the children get equal inheritance in the end, but Jessica is untrustworthy. Funnily enough, she is the only one of the children who has been given a substantial amount of money to set up her farm.

Bearing that in mind, the family does have a plan to move forward, with Daniel takingover most of the land and the debt of his parents, and paying about $1m to them which will form part of Colin and Mary’s estate to eventually be divided between the other 3 daughters. Jessica is considered to have already had her share.

But Daniel’s marriage has been failing for some time, and now they’ve separated. While the plan is in place, Daniel’s ex-wife didn’t know many of the details, and the transferred and buy-outs actually haven’t started yet. So the financial planner wanted some advice from us about how to structure a few of the assets so that they wouldn’t be pulled into the joint property pool of Daniel’s marriage (and imminent financial split).

We were able to provide a couple of suggestions, including a specially structure trust, or a number of different financial products which can be held and structured in special ways so that they are not technically Daniel’s for the purpose of his financial settlement. His existing assets will of course need to be split fairly with his ex-wife, but Colin and Mary’s estate should not be. With our ongoing help, the succession plan will gradually be implemented with protection and certainty.

TBA Law offers high quality legal services in succession and estate planning in a family farming business. Don’t hesitate to get in touch with us at 1300 043 103 or at [email protected]