The main thing to know about super is, and what people often ask us is what am I entitled to.

Let’s use this example- a 20-year relationship between husband and wife. Husband has worked throughout the whole relationship and wife hasn’t because she’s taking time off to raise the kids. Therefore, the husband spent 20 years putting his super up and up and got lots of money going in there while the wife hasn’t had that opportunity. She might only have $50,000 of super, while the husband has $200,000 worth of super, so quite a substantial difference in what they could receive. What we often look to do is make sure that the parties end up on that fair and just and equitable outcome, which is what the courts are also looking to do. 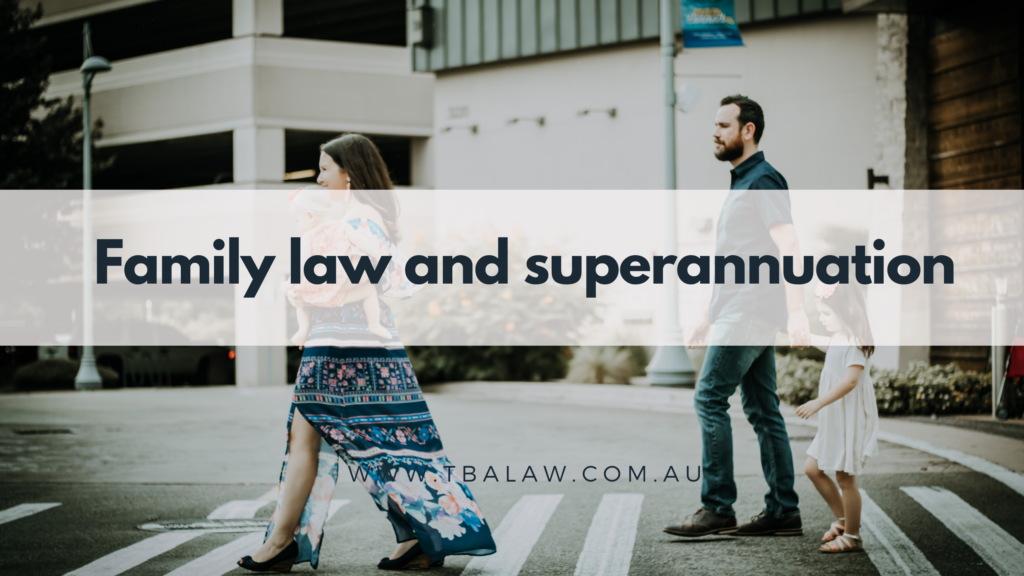 Does the super you get in your divorce have to be put into another super fund or you can use it for other things?

It depends on your age, if you’re above the age of 65 or whatever your drawing age is for the super fund, you do have the potential to draw it out in cash. But the important function of how superannuation splits work is that it’s split from one super fund to another. It stays as super, no matter how it is split. Although we have had circumstances where the parties have been above the age of 65 and instead of getting a super payout to one party, for example, the husband has drawn an amount of 100,000 out of his super account and given it straight in cash to the wife instead.

Whether it’s super or whether it’s any other asset, what the court wants is for people to have a just and equitable outcome. That doesn’t mean it’s always a simple answer, but it’s really just trying to make sure that both parties come out on a somewhat level footing. Let’s use our example of husband and wife in 20 years, you can probably expect what’s called an equalisation of superannuation. We have the wife whose only got 50,000, the husband’s got 200,000 of super. There’s $150,000 difference, so what we’d want to do in the circumstances of equalisation, is make sure that they have an equal amount of super. In that one, we’ve got 250,000 odd of super all up. We want each party to have about 125,000 in that instance, then that means that the wife’s $75,000 short of that, which means that we’re giving her $75,000 of the husband’s super. So he’s gone down from 200,000 to 125,000 and the wife goes up from 50,000 up to 125,000 so they’re both on the same level. It doesn’t mean that equalization is always the correct answer. There can be other circumstances in place. For example, in a circumstance where a wife doesn’t have the ability to earn the same income as her husband.

Therefore, her super entitlements will never grow to the same amount that his will, and we might look at giving her more super than the husband. Another important factor is what the parties get outside, just the superannuation splits, so what sort of cash and assets they’re splitting as well. It’s not unheard of for a party to choose to take more of cash assets and no superannuation or vice versa, and only takes superannuation, not cash assets. It really is dependent on the couple and what they want to do and what’s going to work for someone. Going back to how we actually affect a split, super funds need what’s called procedural fairness because they become bound by any agreement made. If we’re getting a court order, we have to give them 28 days’ notice, of what we want to do before we can actually apply for that court order and then they’re actually bound by it.

In many circumstances, we’re asking the SuperFund to affect the order, meaning that the super fund is actually going to transfer the money from person A’s accounts to the second person’s account. It still stays as super although like I said, it’s unheard of if parties are above the preservation age, in their SuperFund to decide to withdraw a lump sum of cash and pay it to the other party. And once that super is split into your account, it still functions like super, if you’re only 30 years old, you still need to wait till your preservation age until you can touch it. But you do get the benefits of any interest or anything going in over that timeframe. Another important thing to consider is the way the super is structured.

In many circumstances, it’s an accumulation fund. Which is basically cash in the bank for all intents and purposes, as opposed to what many army people have is a DFRDB or a defined benefit scheme. This means that it is never a lump sum, but it was only a pension you can draw on. So another important aspect of doing the superannuation splits is to make sure you get financial advice on what is going to work out best for you.