The Truth about Refundable Accommodation Deposits (RADs) or Aged-Care Bonds

It’s a difficult time when a parent is ageing, and needs to go into care. Janet recently came to me, not knowing where to begin. Janet had returned to live with her mum, Dawn, about 10 years ago, after her own marriage failed. I had seen Dawn a few years ago, when we had done her Will and Powers of Attorney. So Janet had authority to make some decision.

Dawn had been diagnosed with dementia about 18 months before Janet came to see me, and Dawn had dramatically declined since then. Janet had been going with Dawn to her appointments, and the doctors were now saying to Janet the it was too much for Dawn to stay at home anymore. 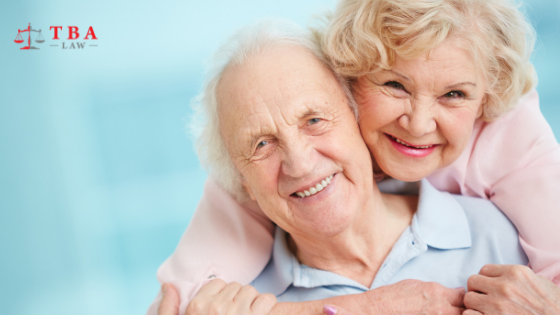 Janet had already utilised a few weeks of respite care for Dawn, but now she was looking at permanent care. Janet was worried about paying for the care for Dawn.

Janet understood the daily care fee, because Dawn had already been in for respite care. This is all that needs to be paid on respite, and because Dawn’s sole income in the Centrelink pension, she paid the standard $50.66 per day, which was 85% of her pension (from 20 Sept 2018).

When someone goes into permanent care, there is an additional care fee, which is means-tested. Because Dawn’s income and asset tests are below the threshold, she doesn’t have to pay any additional care fee. The government subsidises her, and pays $54.39 per day to the aged care facility. The life-time cap that can be paid on this fee is approximately $65,300.

The amount that is needed to contribute to the aged care facility for accommodation is also means-tested. When the amount is assessed, it can either be paid as a Refundable Accommodation Deposit (RAD) or a Daily Accommodation Payment (DAP), if the family do not want to pay a lump sum.

The DAP is not refundable. The RAD is refundable, on the death of the person in care, or if they move facilities.

However, whilst Janet is living is the house, the house will be exempt, because Janet was a carer for Dawn and eligible to get a carer allowance. So Dawn’s assessable assets are $25,000 and her income is just the Centrelink pension.

Dawn does not have to pay an accommodation payment, because her assets do not exceed $46,500.

However, after she had left home for two years, Centrelink will assess her home as an investment property, and this will affect her pension payment. So Janet has two years to decide whether to sell the house, and have Dawn reassessed then for a RAD, or she can start paying rent to Dawn after two years.

If Janet starts paying rent, this will affect Dawn’s income assessment, and she may have to start paying a care fee.

Many elderly people do not want their house sold. Their underlying fear is that it’s their biggest asset, and once it is gone, their wealth is gone, and they will have nothing to leave their family after they die.

This fear needs to be set aside, because the capital amount of the house which is paid to the aged care facility as a RAD, is paid back to the family after the elderly person dies.

Special advice should be sought from a financial planner that specialises in aged care. But often it is financially better to sell the house. If there is a huge sentimental value in the house, and the family is able to, then another family member could loan the money to the elderly person. But not many families have $300,000 (could be more or less) sitting around to pay a lump sum for aged care.

The RAD must be refunded within 14 days of a grant of probate or letters of administration are granted, after the elderly person dies. There is a base interest rate that also needs to be paid, and a higher rate that applies if the RAD is not refunded within time.

If the elderly person changes facilities, 14 days notice needs to be provided, and then the RAD is transferred, or paid back to the elderly person to pay the new facility its assessed RAD. Interest also applies in this situation.