I recently went to a conference where barrister Joel Silver spoke on a torts case which involved a farming who lost his organic certification and was blaming his neighbouring farmer for growing a genetically modified canola crop for that loss. 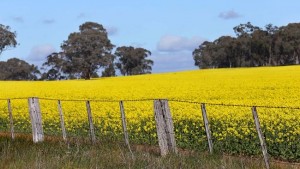 The case was Marsh v Baxter which went to the full court of the Western Australian Supreme Court on appeal, with the GM farmer winning. The organic farmer is applying for special leave for the High Court to hear an appeal on the matter, but the High Court hasnâ€™t granted leave yet.

The interesting points that I took away as tips for any farmer wanting to go organic were:

Marsh and Baxter were neighbouring farmers, with a road in between their two farms. Marsh was organic certified for the grain that he grew. His sheep were not organic, and he didnâ€™t grow canola.

Baxter grew canola, and in the first year that it was allowed in Western Australia, he grew a genetically modified strain. He followed all the guidelines, and was more than 5m from the neighbouring boundary because of the road. He harvested the canola by swathing, which was recommended to him. Unfortunately, some of the swathes blew away, and some of the material ended up on Marshâ€™s farm. A few canola plants then grew on Marshâ€™s farm and he lost his organic certification when he notified his certifying body.

Marsh did not appeal the decision of the certifying body to remove his certification.

Marsh did not remove the genetically modified material from his property promptly.

There was also the question whether the removal of the certification was justified, since there is a question whether there was a true contamination or not. It would have been different if Marsh had been growing canola, and some of the genetically modified plants got in with his plants. But Marsh was not growing canola. It may also have been different if Marshâ€™s sheep were certified organic, and then ate some of the genetically modified canola; but the sheep werenâ€™t certified so this wasnâ€™t in issue.

The case involved Marsh suing his neighbour for a loss of income of about $85,000 – so not a huge amount in the scheme of things. Marsh claimed that Baxter was negligent for growing the GM canola so near to the organic farm. If this argument failed, Marsh argued that Baxter was negligent for harvesting the canola by swathing instead of direct harvesting, which would have been less likely for material to have blown across the road. Marsh also claimed nuisance against Baxter for interfering with the use and enjoyment of his land.

Marsh failed on all grounds – the court found that Baxter had met his duty of care and wasnâ€™t unreasonable to have grown GM canola or harvested the way he did. The court could not find that Baxter growing GM canola was the direct cause for Marsh losing his organic certification. It was even implied that Marsh could have avoided the loss if he had protected his own interests better.

It is interesting to consider what rights and obligations you have against those surrounding your property if you choose to go organic.